My Review Of Released by Mia Fox 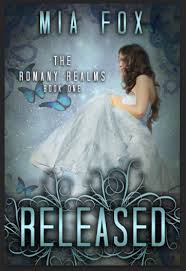 
The discovery of an ancient bottle unleashes a Genie - and the wrath of the Demon Gypsies chasing her...

When Suzette (“Suki”) is released from her bottle by two teen girls, she is more than a bit surprised that a Genie of her calibre is beholden to two average high school students. After dealing with dignitaries and noblemen, however, she believes this will be a welcome break.

Until she discovers the teens’ hidden powers and that one will come to possess the Amulet of Pollox, a necklace that contains the secrets from some of the greatest minds throughout history. Unfortunately, she’s not the only one who notices. The Amulet draws the attention of the two powerful and vengeful Demon Gypsies who have pursued Suki through time and will stop at nothing to snatch the girls and the Amulet.

Suddenly, Suki is not just helping the girls navigate high school crushes, she’s safeguarding them from danger unlike anything they’ve ever known. To make matters more complicated, she must also fight her attraction to James - her protector through the ages - whose sudden arrival threatens her resolve and her heart.

A time-traveling Genie and her unrequited love...
Demon Gypsies with an insatiable quest for power...
And the teen girls whose existence threatens them all.

This is the world of “Released,” book one of The Romani Realms series by Mia Fox, a Young Adult trilogy featuring elements of paranormal romance and steampunk.

I give this book a five star review. I loved it. A fantasy world is weaved into the normal life of two teenage girls. This story is told from Suki's POV. It is full of mystery, adventure, and romance. Thanks, Mia, for a good read. 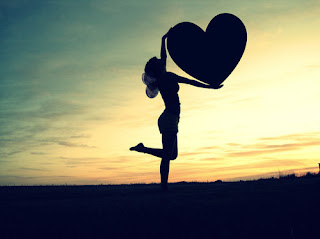 
Mia Fox is a Los Angeles-based novelist who writes across varied genres including contemporary fiction, chick lit, and young adult/new adult. She received a Bachelor of Arts degree in Communications from U.S.C. followed by a Masters Degree in Professional Writing also from U.S.C.


A lifelong reader and history lover, Mia enjoys infusing her writing with details of the past as she has done in her first book, "Released," part of the Romani Realms trilogy, which combines paranormal romance with elements of steampunk.


Her follow up book, "Alert the Media," is based on her previous professional life working as an entertainment publicist. Today, she is happy to leave that world behind her, preferring that any drama in her life is only that which she creates for her characters.


Mia is happily married to her best-friend, a Brit who has inspired her with annual visits to England, an appreciation for dark chocolate, and the blessing of their three children.


Wattpad: http://a.wattpad.net/user/MiaFox
Posted by Kay LaLone at 2:30 AM