My Review Of Never Can Tell by C. M. Strunich

Tasting Never, a New Adult Novel Recommended for Ages 18 and Up

"Never Ross wants to be loved.
It's that simple, but it's not that easy."

Never is a girl with a broken soul who doesn't date nice guys and can't seem to go to bed at night without crying herself to sleep. She doesn't need any complications in her life, especially not when they're attached to a man that could be her emotional twin.

Ty McCabe can't stand Never the first time he meets her. He's aware that the feeling's mutual and the two don't think they'll ever see each other again, but when fate takes a hand and puts them both in the wrong place at the wrong time, Ty and Never form a tentative friendship that opens the door on their dark sides and shows them what it's like to live in the light.

"Sometimes, the only way to go forward, is to take a few, careful steps back." 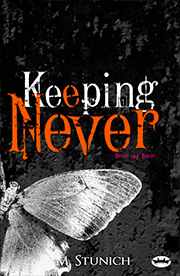 
Never's past might be under control, but Ty's is just starting to unravel. After receiving a phone call from his broken past, tensions run high between Never and Ty, especially with Never deciding to do something she's never done and keep her pregnancy a secret.

While visiting a skeleton in his dark, dark closet, Ty is threatened by all that he once was and all that he thought he'd overcome. With his pain about to consume him, Never is the only one who stands between Ty and relapse, who can help him control his emotions and find peace, but is she up to it? After all, with two tortured souls desperate for a healing touch, are they more of a hindrance to one another than a help?

Love, marriage, and a baby. Three things that Ty and Never saw coming. It's judgment time for both of them, time to see if the light really can overcome the dark. Here's to hoping.

"Tell me, Never, do you still love him?"

Never Ross and Ty McCabe have come a long way – but they can't stop now. Their pasts are still there, ready to sweep over and consume them if they don't confront them. A visit to Never's family seems like the first logical step, but will it make things better or worse? And what about Noah Scott? Ty is Never's tortured other half, but can he also be the healing balm that she so desperately needs? With McCabe's past still a virtual unknown, Never is going to have to make more than one decision capable of breaking both their hearts.

"Ty has changed; I have changed, and things are not always what they seem." 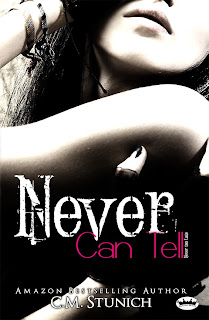 
Never Can Tell, a New Adult Novel Recommended for Ages 18 and Up
(Never too Late #1: This series is a follow up to the Never say Never Trilogy)

"This is love. It's that simple."
Some stories are Never finished being told. After all, we're all victims of heartache and strife at some point. Maybe I'm a little more susceptible to both, but I've got an ace up my sleeve. I've got Ty McCabe. He's helped me survive a lot. More than I ever thought possible. We've come a long way together, but we can't stop now. What's that old saying? Don't rest on your laurels? Well, I'm not resting and neither is he. Life didn't even give us that option. We've got problems. Big ones. Let's see if we can do this, survive the downs and get back to the ups. Guess only time will tell.


Amazon Paperback
I give Never Can Tell a five star review. Never is a strong character with a little bit of bad, tough girl. She struggles to make a life with Ty and her baby. Life isn't always easy. Never is a great character. I look forward to reading the other three books.
Author Bio:
C.M. Stunich was raised under a cover of fog in the area known simply as Eureka, CA. A mysterious place, this strange, arboreal land nursed Caitlin's (yes, that's her name!) desire to write strange fiction novels about wicked monsters, magical trains, and Nemean Lions (Google it!). She currently enjoys drag queens, having too many cats, and tribal bellydance.
Always a fan of the indie scene and 'sticking it to the man,' Ms. Stunich decided to take the road less traveled and forgo the traditional publishing route. You can be assured though that she received several rejections as to ensure her proper place in the world of writers before taking up a friend's offer to start a publishing company. Sarian Royal was born, and Ms. Stunich's books slowly transformed from mere baking chocolate to full blown tortes with hand sculpted fondant flowers.
C.M. is a writer obsessed with delivering the very best and scours her mind on a regular basis to select the most unusual stories for the outside world.
Author Links:
Official Webpage: http://cmstunich.com
Facebook Friend Page: https://www.facebook.com/cmstunich
Facebook Author Page: https://www.facebook.com/cmstunichauthor
Amazon: http://www.amazon.com/C.M.-Stunich/e/B008FT7CAO/?_encoding=UTF8&camp=1789&creative=390957&linkCode=ur2&qid=1363702802&sr=8-2-ent&tag=boobroandbar-20
Goodreads: http://www.goodreads.com/author/show/6432984.C_M_Stunich
Twitter: http://www.twitter.com/cmstunich
Barnes and Noble: http://www.barnesandnoble.com/c/c.m.-stunich
Kobo: http://www.kobobooks.com/search/search.html?q=%22C.M.+Stunich%22&t=none&f=author&p=1&s=none&g=both
Facebook Party: https://www.facebook.com/events/590492824317046/?fref=ts 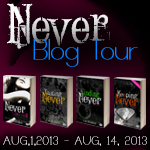