My Review Of Black Cats And Ballet Slippers By Iva Valentino 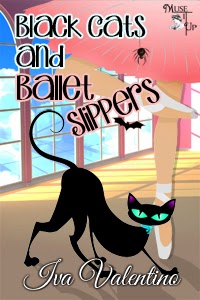 Okay, so something REALLY strange is going on. Boys are from a different planet, but right now a few of them at Middleton are acting like they’re from a different universe. (Wait. Does this make sense? Is there more than one universe? Ugh. Maybe I should have paid more attention last year in Astronomy.)
So, by the time I got to Ms. Pruett’s class, I had already worked myself into a super version of “I Don’t Wanna Go To Class Because I’m Creeped Out!” mode. I walked into the Science Laboratory, and I swear I felt the cold of Building 400 smack me right in the face. I’m not kidding.
Of course Ms. Pruett was at the door, acting like her sweet old lady self (ha ha, I know better), and was welcoming all the kids into the classroom. I just kept my head down and muttered a hello as I passed. Staying below the radar was the goal. Then I sat down at my lab table and shivered a bit.
Joey sat down at the table just a second later. Normally he is really loud and obnoxious, cracking jokes, and calling to the other Soccer Jocks across the room. Today he was quiet.
“Hey,” I said, trying to be friendly. I thought maybe we could commiserate on us both having spells cast on us. Joey responded with a “hey” but didn’t say much else. Hello? Was this the Joey I knew?
“So, Joey, are you feeling okay?” I asked. “You know, after yesterday…”
Joey didn’t say anything, but began writing on a piece of paper. He folded up the piece of paper and passed it to me. I gave him a questioning look. He gave me a weird look back that I couldn’t decipher. The note was as follows:
Hey Gemma,
Sorry I gave you a hard time yesterday about the “Cute Boy” list. It was kind of rude of me.
Joey
That’s when it hit me that Joey hadn’t recovered from Ms. Pruett’s spell. For me it was just temporary, like a few minutes. But Joey was acting weird. It had to be the spell.
“Um, thanks,” I said. “Don’t worry about it.” I then started taking out all my school stuff so that I could look busy and not have any more awkward moments with Joey until he felt better. He was taking longer to recuperate.
After class I headed straight down toward the lunchroom. On the way there, I saw Trevor going in the opposite direction past me. Our conversation went like this:
Me: “Hi Trevor!” (with a big smile and enthusiasm)
Trevor: “Oh, hi Gemma.” (with zombie-like attitude)
Me: “Okay, have a good lunch!”
Trevor: “Okay, thanks. Bye.”
I wondered where he was going, in the opposite direction from the lunch room when it was lunchtime. It took me another couple of moments to realize that the ONLY classroom in that part of campus was Ms. Pruett’s room. He was headed back toward Building 400!
Yikes! I turned myself around in mid-stride and turned back the way I came. I knew there was no way possible that Trevor would be going to Ms. Pruett’s. Why would anyone in their right mind be going there by themselves?
I didn’t want Trevor to think I was stalking him, because of course I would never do that. But just in case that’s what it appeared to be, I used as much stealth as possible. I walked in the shadows and stopped to peek out behind bushes and building walls. I saw him up ahead…just before he ENTERED MS. PRUETT’S CLASSROOM.
My mouth fell open, and I just sort of stared at the door for a while.
Weird things are going on here at Middleton. And I think Ms. Pruett’s behind it all!
My Review. I loved this book. Gemma is such a fun character. I enjoyed reading her diary and seeing the world through her eyes. I think it is funny how Gemma thinks her teacher is a witch and putting spells on students. Thanks, Iva, for an entertaining read.
MuseItUp Publishing: https://museituppublishing.com/bookstore/index.php/now-available-in-ebook/black-cats-and-ballet-slippers-detail 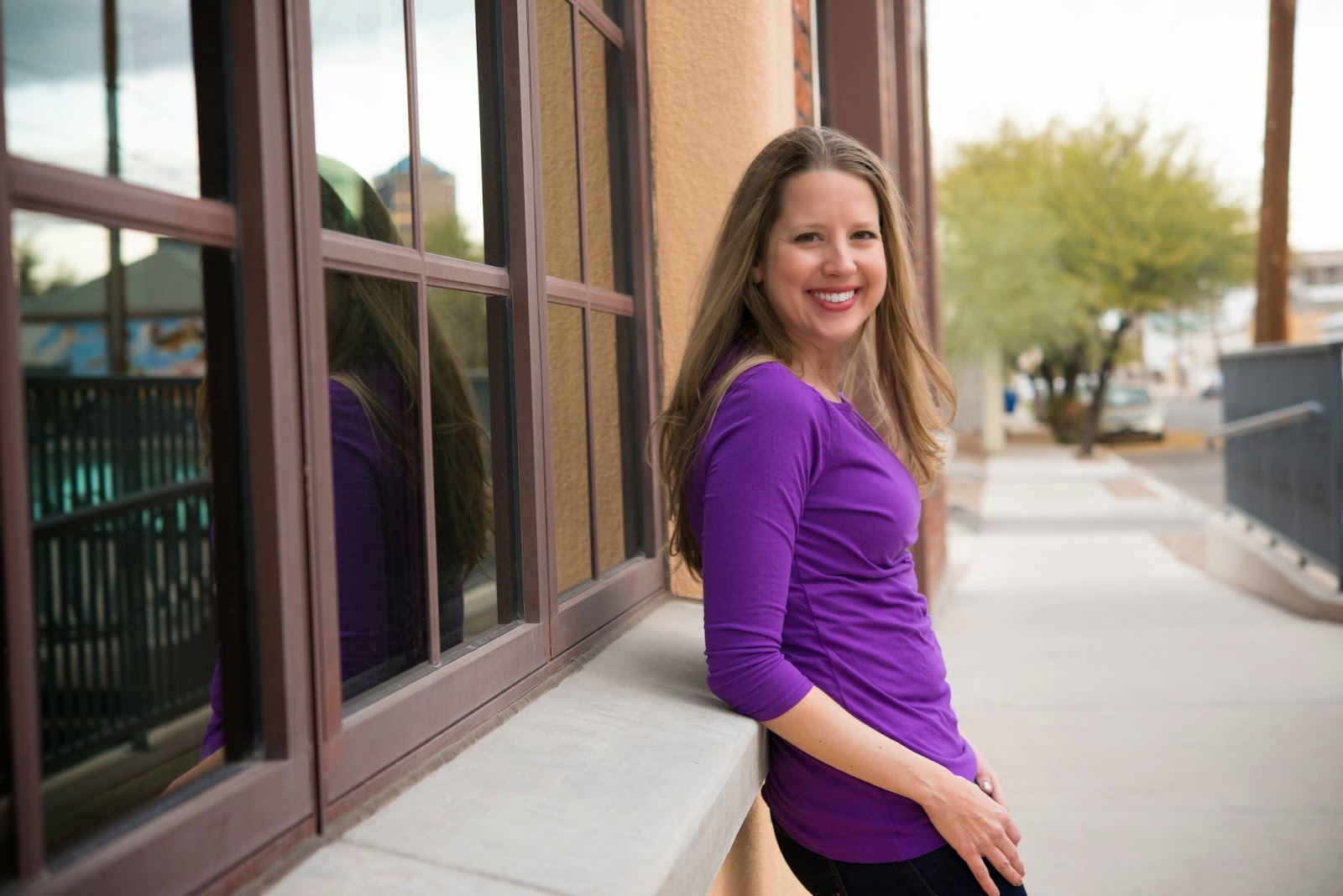 Black Cats and Ballet Slippers is a humorous tween chapter book. Gemma Mayfield, the main character, is a ballerina and middle school student. She is convinced her teacher is a witch. After her crush, Trevor, has a spell cast upon him, Gemma embarks on a mission to save Middleton Middle School from witchcraft!

The idea for Black Cats came about during my last year of teaching middle school. In the book, Gemma’s science teacher, Ms. Pruett, has a really creepy classroom. The classroom has a preproom with lots of “witchy” things, such as powdered unicorn horn and other ingredients for spells. In my classroom, I also had a big preproom. My classroom was actually very nice and not creepy at all, but over time my imagination took over. I started to envision this preproom as being Ms. Pruett’s. From there on, the rest of the storyline for Black Cats started to brew!

3. Do you have a method for creating your characters, their names, and what do you think makes them believable?

I spend a lot of time brainstorming my characters. I like to let the ideas for characters “marinate” in my mind for a bit. Then I’ll sit down and write as much as I can about them in a notebook, which I’ll keep with me in my purse. This way I have it handy whenever more ideas come to me. Once I’ve started writing the book, I’ll go more in depth. A strategy I’ve used before is to write a letter in the character’s own voice, or simply write a scene in which a particular character is doing something. Character names also just seem to pop out at me. I hardly ever change a character’s name! I’ve worked with kids in this age range for a long time, and I think that has helped me to keep my characters believable.

I really like to outline and get a good idea of my character’s personalities before I write. But of course there are times in which I change things around a bit, or I decide to add in something I hadn’t thought of before. I definitely think characters can take on a life of their own! Sometimes I’ll be in the middle of writing and I’ll think, “Wouldn’t it be hilarious if so-and-so said or did THIS!?” And then this might affect the plot somewhat. I think overall it’s important to be flexible so the characters and plot seem realistic, but not diverge from the original idea so much that you end up  getting lost.

There are many times when I feel like I’m not being as productive in my writing as I’d like to be in a given day. Some days my writing seems great, and I think EVERYTHING sounds fabulous! And then there are other days in which I wonder if I’ve been sleeping while writing. I just try to be nice to myself.  On days that I don’t feel the writing is going well, I will just give myself a time limit, and try to do the best I can.

I enjoy a variety of genres of books. I really love books that are funny. I tend to choose books that are part of a series. I get hooked on the characters, and then I want to keep reading more about them! I read a lot of YA novels, and recently I have been getting into more science fiction/fantasy.

I live in Tucson, Arizona, where it’s possible to do fun, outdoorsy things all year round. My husband and I frequently take our dog, Lupo, on hikes through the desert. I enjoy yoga, photography, and cooking. And I LOVE  dance—I don’t feel like my week is complete unless I’ve taken at least one Zumba class!

I’m currently working on a sequel for Black Cats. This next book doesn’t involve a mystery, but the entire gang will be back for some more fun at Middleton Middle School. I’m looking forward to introducing some new characters!

Oh, good. I look forward to reading more about Gemma and her friends.

Keep writing every day! Even if you don’t feel like it.

Please come visit me at the following sites!