Here is an excerpt from the book The Star by C. Warner-Thompson. I can't wait to read this book. So stop by my blog later to see my review of The Star, a YA, urban fantasy.
“I have faith in you, Abbii…”


Inhaling a breath, she allowed her fear to subside as she concentrated. She laid her empty hand by the side of Nate’s wound, feeling the warmth of skin spark against her own, and then poured the bottle with no further delay.


Nate’s body tensed and he clenched his hands into fists. No sound left his lips, but it was obvious that the pain was overwhelming. Abbii watched the alcohol mix with his blood, allowing it to grow thin until little blood actually remained. Taking hold of the towel from Nate’s grasp, she wiped his wound to clean the surrounding skin, and then repeated the wash with liquor. She placed the bottle on the floor and then wiped the wound clean for a second time, moving closer to examine it.


Pleased that it had been cleaned, Abbii took hold of the needle and thread, biting off as much as she needed. Threading the needle, she extended her hand, hovering it over Nate’s side. He had grown quiet, but Abbii could see that he was still awake; she could sense that he would lose consciousness soon if his wound was not sealed correctly.


She lowered her hand but stopped as something caught her attention. Ignoring the fact that her hand was shaking, Abbii could see a glisten of light at the tip of each of her fingers. Placing the needle and thread next to Nate, Abbii focused onto her hand, realising that she could sense her powers.


She glanced at the window to see that little light was visible due to the layer of snow which fell from the sky. The lamp at her side was also giving little light, as only its aura was lit and not the actual light itself. Abbii wondered how her powers had appeared without a specific source of energy fuelling them, but it took her only a moment to let the thought pass. Placing her one hand flat against Nate’s skin, so that his wound was between her thumb and index finger, she then moved her opposite directly above Nate’s injury.


“What are you doing?” Nate stirred, trying to see Abbii’s movements.


She ignored him and kept her hand against his skin. “Let me try,” she whispered.


Nate lay back down, proving that he had heard Abbii’s reply. The warmth from his body seemed to increase all of a sudden, but Abbii presumed it was due to the fact that her own skin had increased in temperature, and not Nate’s. As she moved towards his side, the light at her fingertips brightened until her whole hand shone like a star. She watched as the light seemed to fill Nate’s wound, soothing it with small shockwaves of energy.


Her fingertips lay against his skin which brightened her magic further. An image of Nate’s face appeared in her mind as she watched his wound start to heal ever so slightly, but she took no notice of it, and instead focused her concentration. Nate’s skin started to move, regenerating its wounded layers at a steady pace. Abbii started to feel light-headed, but she ignored the feeling and kept her magic bright. The deepest parts of Nate’s injury had been healed, but the top layers of his skin were still torn. 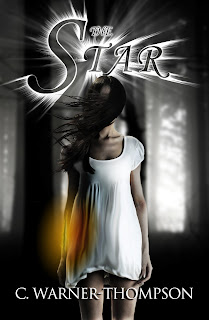 I love this cover and the book description sound interesting. A must read.

Abbii had been afraid of the dark for four long years. She hated the eerie silence that filled the night.

She would often try to forget by closing her eyes at night, but she would always be met by dreams of Shadows that would attack her, dragging her into the Darkness. Most nights, she would simply lie there with her bedding wrapped tightly around her, staring at the light coming in through her window, hoping that she would drift off into a dreamless sleep.

Ever since that day four years ago, the dark had frightened her; she had thought it would be a curse throughout the whole of her life, but something changed when she met him.

The dark seemed to lose its power and the moon’s light brightened.

Her dreams didn’t stop; nightmares still stole her sleep, but there was always a figure of Light that would save her and allow her to wake.

He said the same thing every night in her dreams. Keep fighting, Abbii.

She thought that he was part of her imagination, someone that she had created to save her, until she met him and was drawn into his bright hazel eyes.

His name was Nate.
Now a little about the author C. Warner-Thompson. 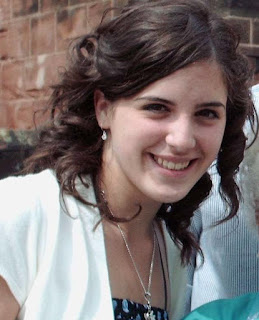 I was born in England in the West Midlands in 1991 where I am still currently living, growing up alongside one younger and three older brothers.

Books and writing was an interest that I began to develop from the first years of secondary school, and on my thirteenth birthday, I began to plan and design the idea to write a fantasy novel. I finished secondary school with high GCSE’s and then went on into further education to study English and all aspects of art and design. After six years of writing, planning and overall editing of the book, it was successfully completed, containing over 82,000 words, and self published in the first week of 2011.

With high expectations in myself, I immediately began to write a second novel in the series, while keeping my art and design a part of the process. The achievement of completing the first novel ‘Purest Light,’ allowed the ideas of the second to flow much easier and it was completed by early 2012. As I was writing the third and final book, New Beginnings, at the same time, the series was finished by its publication in 2013.

Writing is now a part of my everyday and I have started on my newest project, The Star, which is also planned to be the first of three. Only time will tell.