My Review Of A Guilty Mind By Kellie Larsen Murphy 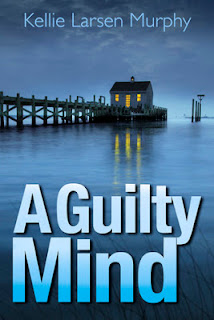 "I believe a man's worth cannot be defined solely by his goodness but also by his desire to battle that in him which is not good."


George Vandenberg is in the midst of that battle, a broken man with a volatile temper and haunted by the memory of the young woman he once loved and "accidentally" killed. Wrestling with the guilt and pushed by his psychiatrist to confess the circumstances of her death, he teeters on the edge of a nervous breakdown.


The past collides with the present when the doctor turns up dead, brutally stabbed to death in his office. Stunned and confused, George emerges as the primary suspect even as he becomes a target himself. To prove his innocence, George must face the police, his manipulative wife, and the past he's been unable to forget. When the truth is finally divulged, no one, including George, is prepared for the collateral damage or the shocking identity of the killer.
My review of this book. I give this book five stars. I loved this book. George felt guilty for something that happened a long time ago. It was an accident, but he couldn't forget. Great mystery all the way to the end. Satisfying and believable ending even if I didn't see it coming. Thanks Kellie for good read.
Posted by Kay LaLone at 12:43 PM