My Review Of Rewrite Redemption By J. H. Walker 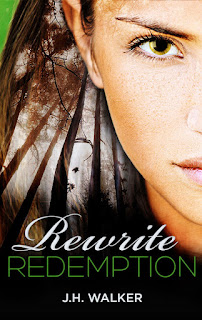 Rewrite Redemption is a YA romance with paranormal/sci-fi elements.

She’s sixteen. He’s seventeen. They don’t know each other…at least not yet.
She has a secret and her whole life revolves around keeping it. Every few months and with little warning, she simply disappears, pulled into the past for hours or even days. She’s terrified it will happen in front of someone, changing her life forever. So far, the only witnesses have been her parents, and that didn’t end well. She has no control over it and no idea why it happens to her.
She wants answers.
He has answers—at least he understands what’s going on. He has a secret, too. He’s part of an organization that goes back in time to rewrite reality. But he also has a problem. He broke the organization’s number-one rule by altering his own timeline. As punishment, he’s been blocked from time travel, which is most unfortunate. Because the changes he made to his timeline, accidentally resulted in disaster for his family. A disaster he’s now prevented from repairing. No one can travel beneath the organization’s radar except a Shadow. But they’re rare, so rare he’s never even met one.
Then he moves to her town.
Book  Links - 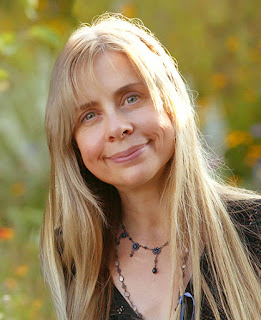 My life has been rather unconventional. Born insanely curious into an authoritarian, religious family, I know what it’s like to not fit in. My teen years were a struggle, and I remember them in all their intensity. That’s why I like writing for young adults.
I grew up in Central America, surrounded by jungle, and was never too far from the ocean. I observed other cultures, including an indigenous tribe that, at the time, had seen little of the modern world. While there, I slept in a hammock in a bamboo hut, dressed in tribal clothing, and helped bring three babies into the world in at the tender age of fourteen. I survived a hurricane aboard an ocean liner, canoeing through alligator infested waters, P.E., my brother’s pet tarantulas, sky diving, parasailing over the Pacific shoreline, rock climbing, a ropes course blindfolded, and walking barefoot across hot coals. I’m not done having experiences.
I attended the University of Colorado, Boulder, but was so obsessed in my quest to understand human behavior; I left midstream to travel the country and study with people doing groundbreaking work in the field. I’m certified in Ericksonian Hypnosis, am a Master of Neuro-linguistic Programming and have worked with world-class athletes, including members of the U.S. Ski Team. I’ve completed advanced studies with some of the most brilliant minds of my time in the field of NLP and am a perpetual student of sociology and human behavior.
I live with my photographer husband in the foothills of the Colorado Rockies. I’m surrounded by trees. And I will always remain insanely curious. 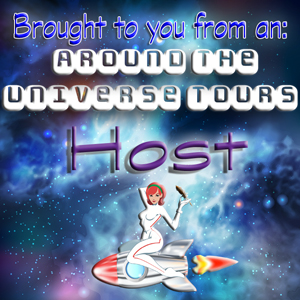