My Review Of Stillwell By Michael Phillip Cash 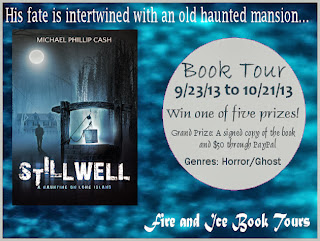 I give Stillwell a five star revew. I loved it. This story is more than just a ghost story, it is also about love and learning to let go. I loved the good hauting moments in this story. Thank you, Michael for a good read. 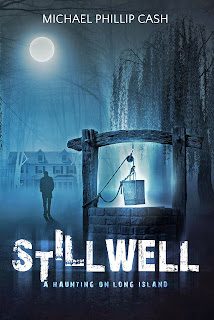 Blurb:
Paul Russo’s wife just died. While trying to get his family’s life back in order, Paul is being tormented by a demon who is holding his wife's spirit hostage on the other side. His fate is intertwined with an old haunted mansion on the north shore of Long Island called Stillwell Manor. Paul must find clues dating back hundreds of years to set his wife's soul free.
Excerpt:


This is an excerpt where Paul finds Stillwell. 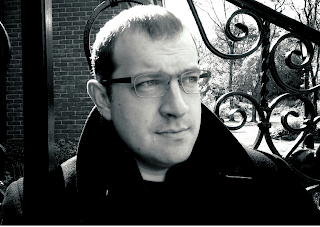 Author Bio:
Born and raised on Long Island, Michael has always had a love for horror, thriller, paranormal and action writing. Earning a degree in English and an MBA, he has worked various jobs before settling into being a full-time author. He currently resides on Long Island with his wife and children. Brood X: A First Hand Account of the Great Cicada Invasion is his debut novel. His second novel, Stillwell: A Haunting On Long Island is his latest. Michael is currently working in his first novella. Look for The Hanging Tree in early October!