The only expectations I live up to are my own. Well … I do give Cassie some input into that. She is my girl, after all, and she's far better than me at a lot of things. Not that I worry about all of that junk, all I care about is that she's still around.


My crew and I have our dream jobs, and we still have to leave for our respective academies soon. Me and Carl will take off for Mars, for the Security Academy. Cassie and Terry have reserved spots at the Computer Institute on Mistlich. It'll be hard not seeing those two every day, but we do have vid calls already set up at night.


Since Io's eruption settled, Chief Pelham has done his best to train all of us to do what we want for our future, private security. One unfortunate side effect is that we have to obey the rules – no exceptions.


Bogus. What a waste of time. How does Security get anything done taking the lifts? I can't handle one more up and down, slower than a spa-tortoise moving across its tank trip. Will someone please not push the priority button?


I'm trying my best to hook up with Carl on the promenade. There is one major obstacle I have to overcome. The lift illuminates P for promenade, and it keeps on moving … for the third time since I got on ten minutes ago. What's up with this? 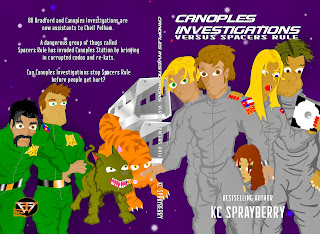 
JacketFlap: http://www.jacketflap.com/profile.asp?member=kathispray (for children's books only)

KC Sprayberry started writing young, first as a diarist, and later through an interest in English and creative writing. Her first experience with publication came when she placed third in The Freedoms Foundation at Valley Forge contest while in the Air Force, but her dedication to writing came after she had her youngest child, now in his senior year of high school.


Her family lives in Northwest Georgia where she spends her days creating stories about life in the south, and far beyond. More than a dozen of her short stories have appeared in several magazines. Five anthologies feature other short stories. Her other books are: The Ghost Catcher, Family Curse … Times Two, Take Chances, and Amazon Best Sellers, Canoples Investigations Tackles Space Pirates, Softly Say Goodbye, Who Am I?, and Mama's Advice. 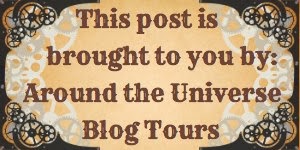