I love mystery plots. I love suspense more. Throw in M/M romance and I’m there.


There’s just something about getting inside the villain’s head that I love. In a mystery, you don’t get that, at least not until the “Colonel Mustard in the drawing room with a knife” scene at the end.


Plotting a romantic suspense novel can be a challenge: playing the villain against the heroes, letting the heroes make progress and experience setbacks in the case, bringing the romance into the picture. I’d say it’s trickier than romance alone (which is tricky enough as it is).


I start with a concept. This is essentially a very short version of a logline. It doesn’t contain anything about the characters—just the plot idea.


From there, a villain. Yep, he’s first. For me, that’s a necessity. In the WIP he happens to be a rather twisted sociopath—this is my favorite type of villain.


Next is the first protagonist. This is the guy who’s going to be the one most intimately involved in the case. In the WIP, it’s a doctor who is accused of murder and sets out to prove his innocence.


The third character is the second protagonist. He’s also involved in the case, and the romantic foil for the first guy. In the WIP, it’s the cop who is investigating the murder.


After I’ve got this triangle of characters, I give each his own unique set of secondary characters. These will have minor parts to play. They may mix briefly, but I don’t want them to take over the story line.


NOW the plot. This is greatly simplified:


I start with the villain and the motivation for the crime—a real inciting incident. This is all backstory, but it’s necessary to understanding what’s going to happen. It might be something that happened years ago; it might be motivated by revenge.


The investigator enters the scene, and the story starts. His interviews and interpretation of the evidence lead to more conversation. His romantic foil enters next to lay the foundation for the romance.


Clues either advance the investigation or turn out to be dead ends (red herrings). The heroes get better acquainted.


Sensing or hearing about progress, the villain fights back.


The heroes regroup and react. This grows organically out of knowing the characters and how they might react. The hero’s flaws come in handy here. The two protags are now getting closer—maybe intimate by this point.


The villain tries distraction. Danger is exciting. Max it out.


The heroes discover the critical clue and head out for a confrontation with the villain.


Denouement. Happily ever after, or happily for now. 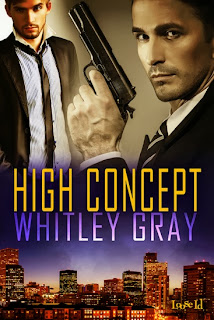 Denver homicide cop and shooting survivor Beck Stryker lives to solve the case that left him with PTSD, chronic pain, and killed his co-investigator four months previous. Now his career hinges on his ability to work with the man who shut down his advances two years ago.

After last parting ways with Beck, psychiatrist-turned-FBI profiler Zach Littman never anticipated seeing the detective again. Being sent to Denver to work on a series of killings that have continued after the only suspect died is bad enough. Discovering the detective in charge is Beck leaves Zach gritting his teeth and girding his loins.

The last thing either of them needs is romantic entanglement with a fellow investigator, but danger is a powerful aphrodisiac. The case heats up, and friction between them ignites a fire neither can ignore, first at work and then in the bedroom. As they zero in on the plot behind the murders, the crosshairs zero in on Beck and Zach.


Beck reached his desk and lowered himself into the chair. A pile of reports sat waiting for his attention. Ridiculous. He was a homicide detective, not a secretary. This was a waste of his skills. Field cases waited, infinitely more interesting and requiring a detective’s intuition.

Across the room, Van met his gaze and looked away. Beck spun his chair toward the windows behind him. Sheets of water rippled down the windows, blurring the building across the street.

After the shooting, Beck’s ex-lover had made it clear as still water that there was nothing left between them. At least Van had understood the pressures of the job, the danger, both on the street and in the department. Homicide was a macho division, and the other detectives were unlikely to accept an alternate orientation. He and Van had agreed to keep their relationship under wraps. Had they had a relationship or just been fuck buddies?

Nights in a soft bed, Van’s hot tongue everywhere until Beck squirmed with need. A firm grip on his cock, stroking.

Heat rushed to his groin. Mind-blowing sex—no doubt about that—but was that all they’d had?

They’d never eaten at a restaurant unless it was out of town. They’d never taken a vacation together. Van liked sun and sand and room service; Beck preferred snow and skiing and grilled steaks at the lodge. And they never stayed over at each other’s places.

Sure didn’t sound like a relationship. Hell, when he’d been lying in the hospital with his shattered shoulder pinned together, wondering if his hand would ever work again, he’d turned to Van expecting emotional support, and his lover had gunned down the only thing Beck had left.

Van had left nothing at Beck’s apartment except travel brochures.

The first time Beck had risked his heart, and he’d gotten blown away for his trouble. Staying secreted in the closet precluded Van paying attention to a disabled boyfriend. “It would look strange if I spent extra time with you,” Van had said, and he’d been careful not to visit more often than any of the others. At that point, Beck had wished his injuries had been more severe, that the bullet had hit a few inches to the right and down, preempting Van’s assault on Beck’s heart. Death had sounded better than total bereavement.

In the ensuing weeks, Beck had fought through the pain of physical therapy and the loss of the relationship.

As Beck’s psychologist, Jay had helped him work through most of that. And the painful inquiry about the shootings.

“Hey.” Soft brown eyes gazed down at him, wary, not welcoming. The familiar scent of Van’s bay rum aftershave reached Beck, and his stomach clenched.

“Well. What can I do for you, Detective Gates?”

Van plopped a folder on his desk. “Got a computer request that needs your expertise.”

“Don’t think I can help you.” Beck picked up a pen, tapped it on the folder. “I’m not a computer expert.”