The Peace Summit was in shambles, the prince kidnapped.


When the rival king realizes he kidnapped the wrong prince, hostilities escalate. Loyalties to each other and country are tested for the twin princes of Crato, Joachim and Brandan.


Joachim, captive of King Waldrom, faces deception and betrayal as he struggles to find his way home. Brandan, at home with a father focused on rescuing Joachim, wrestles with his own demons as he searches for his place in the world and the favor of his father.


Torn from the safety and peace of their childhood, they are thrust into a world where bonds of family, brotherhood and roles as heirs to Crato are tested. Through war, spiritual journeys, death and marriage, will they choose the path of good or evil? Who can be trusted, as the world they know slips into a whirlpool of chaos?
Except

The High Wisdom raised the crown from its golden case. A loud scream tore the silence in the tent. Joachim turned to look at the entrance. A soldier fell through the opening, blood spurting from a slit stretched across his throat.
As he bounded off the dais, Waldrom screamed, “What’s going on here?”
A wild rush of wind ripped the tent flaps open, and a horse and rider burst through. Joachim gaped at the body of the dead soldier. His heart raced and leapt to his throat. His gaze traveled up the horse’s legs. A man’s black boots. A scream caught in his throat, and tears filled his eyes. He stared into blue eyes.
The horse pawed the ground and snorted. The rider dismounted and stood next to the dead guard.
Wriggling free of Waldrom, Lilia ran to the rider. She threw her arms around him. “Brandan, you’re here. You’ve come to free us.”
The prince pushed her aside. “Brother, I see you are trying to usurp me again. It appears I got here just in time.”
“No, you’re wrong. I have no desire to take anything rightfully belonging to you.” Joachim stepped toward his brother and reached out a hand to him. “I want to help you and see what we can accomplish together.”
Swatting his hand away, Brandan laughed. “Help me? You’re the one who needs help. Anything you have to offer is worthless to me. Now out of my way. The king and I have business.”
“No, listen to me. You can’t do this.” Joachim spun him around.
He clouted Joachim, knocking him down. “King Waldrom, we need to talk. He’s deceiving you.” He spat at Joachim then turned and bowed to Waldrom. “I’m at your service, My King.”
Regaining his feet, Joachim pushed Brandan into the guard standing behind him. The guard wrapped his muscular arms around Brandan. “What should I do with him, Sire?”
Brandan flipped the soldier to the ground and put his black booted foot on the man’s chest. “The one you should be detaining is standing there, you fool.” He pointed at Joachim.
“What are you doing?” Lilia grabbed Brandan by the arm. “Stop this, or Waldrom will imprison us all. Why are you jeopardizing our lives?”
He looked at his mother. “Don’t worry, Mother. The only one in any danger here is the traitor you see standing before of you. First, he betrays me, next he kills Father, and now he would betray you and Waldrom. Guards, seize him!”
The king stepped forward and raised his hands to stop the guards. “What do you mean a traitor, and how do you know this?”
“Because I know my brother, and that’s the way he thinks. He’ll lie, cheat, and kill to achieve his own ends, and his goal is to have both countries under his to rule at any cost.”
“Why should I trust you over him?”
“Because I’m just like you,” Brandan responded.
Walking around the twins, Waldrom rubbed his goatee thoughtfully. “My boy, you present an interesting dilemma. How do I choose one over the other? How do I know which one to believe? Guards seize both of them.” Two guards stepped forward, and each grabbed a twin.
“You’re wrong.” Joachim struggled to break free. “This is wrong. I’m not a liar. I only want what’s best, and that’s for us to be together.”
“You’re the one who’s wrong.” Brandan pulled his arm free. “I’ve no use for you.” He turned to Waldrom. “Get him out of here, so we can finish.”
Joachim broke loose, stepped across the gap and grasped his brother by the tunic. Brandan jerked around and punched him. He rubbed his jaw and shoved Brandan, who fell to the ground “What happened to you? You’re not the brother I know.”
Standing up, the black prince pulled his sword. “Nothing is wrong with me. I just realized who I am and who truly cares about me...and it’s not you.” He rested the point of the sword on the cut Waldrom had given Joachim. As Brandan pushed the tip in the scratch, he re-opened the partially scabbed wound. Joa laid his hand on the side of the sword and pushed it away. Guards grabbed Joachim’s arms.
“Enough! I can see you two will not make this easy. I put before you a challenge, which will determine my choice. You will travel to the Cave of Njori and extinguish the flame of Asha. Melvane will accompany you and testify to its completion.”
Brandan replaced his sword and walked over to his horse. “I don’t see the need for this. It’s obvious I am the one, but I’ll go along if that is what you want.” He remounted his horse and reined it around to exit.
Still in the grasp of the soldier, Joachim yelled, “No, Brandan, stop! You can’t do this. We can’t. It’s the light of Asha, never to be extinguished. If you do this, you’ll destroy all hope and any chance we have of defeating this evil.”
Brandan laughed and kicked his horse. “All the more reason to get this done quickly. Guards, find a mount for my brother.”
“No, I won’t go. I can’t do it.”
The king raised his hand. “The choice is made. Guards, take Joachim to the prison tent. Brandan, we will deal with this inconsequential flame later. Right now, we have more important business to attend to.” 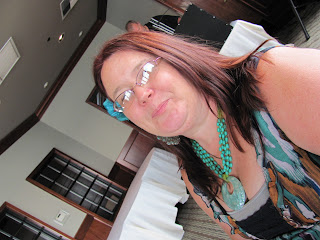 Christina Weigand’s a writer, wife, and mother of three grown children and a middle school daughter. She is also Nana to three granddaughters. She lives with her husband and youngest daughter in Washington State after a lifetime in Pennsylvania. Currently, she’s working on fantasy novels and inspirational writing. Through her writing, she strives to share the Word of God and help people young and old to realize the love and mercy He has for everyone.
When she’s not writing, she’s active in her local Church as a lector, Bible Study, or with the church theater group, volunteering at her daughter and granddaughter’s school in the library as well as helping the children develop a love for reading and writing. Jesus fills her home with love as she shares Him through her writing.
Palace Of The Twelve Pillars releases Today April 26
https://museituppublishing.com/bookstore2/index.php?page=shop.product_details&flypage=flypage.tpl&product_id=571&category_id=69&manufacturer_id=270&option=com_virtuemart&Itemid=1
Sounds like a great book.

Now I asked Christina to answer a few questions.


It actually started out as a short story for a writing class at the Institute of Children’s Literature. When I finished the short story someone suggested to me that I had too much info for a short story and I should make it into a novel. So I did, but as I was writing the novel I realized that I wanted to know what happened to bring that particular prince to the point he was at in the beginning of that novel. So the Palace of the Twelve Pillars trilogy was born.


I really don’t have a method for creating characters. They seem to take on a life of their own as I write their story. Names are another story. These boys along with the secondary characters have been through many names. I knew I wanted names with a certain nationality that was dependent on their personalities. I also tried to find names with definitions that suited the characters. And then of course there is always the problem of having to many characters whose names start with the same letter, and then there were characters that had two names depending on who they were with. So names are a real challenge.


Making them believable was interesting to. I think the best way to do that is to make sure they stay true to their own individual personalities. If they do something out of character then believability comes into question.


4. Do your characters follow your plot path or do they take on a life of their own? Do you keep them in check?


My characters take on a life of their own. Once I tried to make them follow an outline. Seemed like a logical solution to me. Not to them, they went on strike and for the week it took me to realize what they were doing I got very little written. Keeping them in check, no I would say not. If I try they dig in their heels and the story goes nowhere until one of us gives up and that is usually me.

My characters are the same way. Let them tell their story on their own terms.

5. Have you ever suffered from writer’s block? If so, how did you over come it?


Not a problem that I have come up with a consistent solution for. Everytime it takes a different solution to resolve the block. One time it was throwing out the outline, another time putting a bar fight in the scene. Other times it’s taking time to listen to the characters and to tell the story they want to tell.


6. What types of books do you like to read?


The Bible would be at the top of my list. Of course fantasy, historical fiction, sci fi, a little romance now and again, inspirational fiction and nonfiction. Actually when I think about it I’ll read almost anything, short of erotica.


Spend time traveling and playing with my family especially my twelve year old daughter and my three granddaughters. I like to read. I love Bible study. And participating in theatre stuff. I work in the library at my daughter’s school as well as help out with writing at the school. I’m trying to find young people’s groups that are willing to let me come in and help them learn to write.


Thank you, Christina, for being on my blog to tell us about your newly released book. I'm so happy for you and look forward to seeing book 2 come out soon.