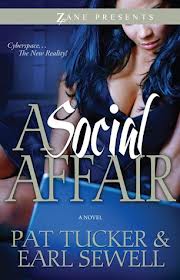 A cautionary tale about finding love online and the trouble that comes with cheating. Bored with her humdrum married life, thirty-two-year-old Codi Norman is searching for excitement. After teaming up with her best friend, Katina, Codi discovers that the Internet offers both money and an escape from her earthly life. In cyberspace anything is possible, and that is what Codi loves most.

While online, she meets a charming and handsome man named Quinn Hamilton. Sparks fly and the two begin a torrid affair with unpredictable consequences. But their virtual lives collide with reality when their spouses discover their illicit relationship. 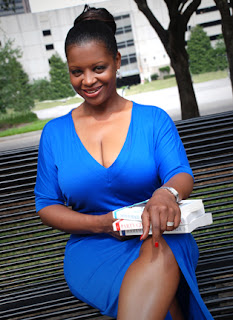 I spend my days as a news director for the radio station, KPFT Pacifica's affiliate in Houston. By night, I'm busy churning out page-turning stories. I'm a former television news reporter, with a knack for ripping inspiration straight from the headlines-many of my stories are inspired by real life events.

I'm an award-winning broadcast journalist who has worked as a reporter for ABC, NBC and Fox affiliate TV stations and Radio stations in California and, Victoria, Waco, and Houston, Texas. I'd like to think it's the quality of my stories that keep the readers coming back. I'm also a ghost writer-which means I'm often cranking out stories for other authors as well....

E-books: All of the above, plus Proceed With Caution-Led Astray-Infidelity-The Hook Up-Summer Breeze (anthology) Under Pen Name PL Wilson: Holy Hustler-Sweetwater Sinners Under Pen Name Rikki Dixon: Try Me