Today, I am reviewing Fade To Silver by Catherine Converse. 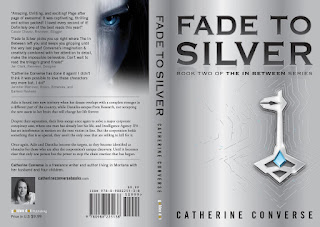 I give this book a five star review. Fade to Silver is the second book in The In Between series and so far I have enjoyed reading this series. I love the supernatural aspect of this story. Adie and Dannika are visionaries who see murders in their dreams before they happen. It is up to the IPA, Impire Peace Agency, to stop these murders.
Catherine weaves romance, suspense, and mystery into this supernatural novel. This novel is a real page turner. I can't wait to read the next book in this series. Thanks, Catherine for a good read.
Book: Fade to Silver (Book 2)


Series: The In Between Series


Adie is forced into new territory when her dream overlaps with a complete stranger in a different part of the country, while Dannika escapes from Research, not accepting the new assets in her brain that will change the way she works forever. Despite their separation, their lives merge once again to solve a major corporate conspiracy case, where one man has already lost his life, and Adie has set interference in motion on the next victim in line. But the corporation holds something that is so special, they aren’t the only ones that are willing to kill for it.

With two young men battling for her affection, Adie struggles to keep focus on the case. Once again, Adie and Dannika become the targets, as they become identified as obstacles for those who are after the corporation’s unique discovery. Until it becomes clear that only one person has the power to stop the chain reaction that has begun. And only one question will reveal that person. Who holds the key?


Fade to Silver on Goodreads:

Fade to Silver on Amazon:


Catherine Converse lives with her husband and four children in beautiful Montana. She squeaked by with a Business Degree at Carroll College, only to realize (while glancing back at transcripts years later) that the only A’s she got were in Writing and Literature classes.


She wishes there were more hours in the day (who doesn’t, right), and that her mind would just shut down sometimes.


If not writing, or researching, she would really like to be outside with her family, and preferably on her snowboard. Or just petting their horses.


Grateful for such a blessed life, she just hopes to bring stories of all kinds to life, and enjoyment to those who read them. 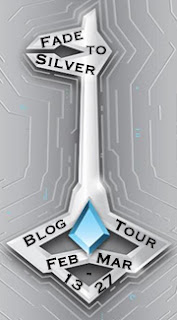