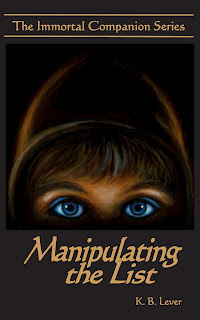 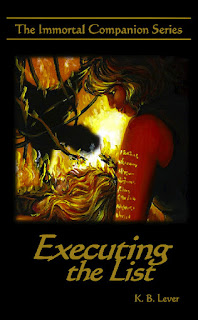 This series follows a young girl, Katherine, who finds herself in an unlikely
relationship with an entity similar to the Grim Reaper. The two meet for the
first  time  at  Katherine’s  tender  age  of  six,  when  she  unknowingly  watches
him collect the soul of her aunt at a local park.

The Collector then begins to make it like a bedtime routine to show up just
before  Katherine’s  fallen  asleep  and  fills  her  in  on  the  life  and  times  of  his
next victims - like a series of mini biographies - told only to her, each night.

Upon  turning  twenty-two,  Katherine  quickly  finds  that  her  name  is  on  the
Collector’s list and that she has been marked to be collected. A deadly race
ensues  where  the  two  must  work  together  to  manipulate  the  list  so  that  she
can bypass her scheduled death.

Join our characters as they begin an adventurous and thrilling challenge that
involves  breaking  the  law,  traveling  to  exotic  locations,  murder,  romance,
and  a  constant  game  of  cat  and  mouse  that  doesn’t  stop from  beginning  to
end. This series has an ever-changing storyline that guarantees you won’t be
able to put it down.

I grew up in Simpsonville, South Carolina and moved to Charlotte, North Carolina
upon the age of twelve. Until then, my life simply revolved around softball, writing,
and cheering on the N.C. State Wolfpack by my father’s side.

A true desire to write began once I reached my high school years. Poems and Short
stories filled my notebooks for Science, History, and Math. But by graduation, a
second passion would prove to be far too great for me to ignore – the desire to help
people.

My career path led me into the field of emergency services. I became a professional
firefighter, which after a few years led to the promotion of Fire Lieutenant.
Concurrently, I expanded my studies to become an Emergency Medical Technician. I
have since resigned from the fire department and chose to advance my career in the
medical field to become a Paramedic Crew Chief. It has thus far been a rewarding
career that has brought me a life full of happiness, constant rewards, and getting to
help the public in a most drastic time of need.

After the birth of Ava, my daughter, I decided that I needed to write her story. For the
first time in years, I picked up a pen and began writing. It was a small, leather bound
journal that allowed me to write all of her accomplishments, life experiences, and

From that point on, I spent every minute of my free time writing; sometimes staying
up into the wee hours of the next morning. The Immortal Companion series is the
result of my relit desire.

Welcome to the world of my imagination.
I hope you enjoy the tales.

Barnes and Noble reviews (2) for Executing the List – 5 out of 5 stars:

Available for Purchase at the Following Locations –

Autographed copies of Manipulating the List and Executing the List in
Paperback – www.KBLever.com (at the store page)

*Note – Both Barnes and Noble provide sample chapters or inside looks at
the books.
** - Author is currently available for interviews and book signings.

K. B. Lever
The Immortal Companion Series
Author.KB.Lever@AOL.com
Posted by Kay LaLone at 11:56 AM