My Review Of Finding Lyla By Cate Beauman

Principal Dancer Lyla Markovik-Avery is always on the go. Grueling practices and endless performances rule her busy days—and things are about to get more hectic. Russia is rolling out the red carpet for their beloved star, despite the string of violent terrorist attacks that have rocked the nation.

Bodyguard Collin Michaels’ life is falling apart. His long-time relationship recently ended. He’s trying to start over, but that’s easier said than done. Luckily, Collin has a new assignment on the horizon: keeping a beautiful ballerina safe for the next three weeks.

Collin finds comfort in Lyla’s easy friendship, but that all changes after a night out on the town. Simple feelings become complicated—something Collin can’t afford, especially when tragedy strikes and Collin realizes Lyla’s caught in the middle of a dangerous plot for revenge.

Collin and Lyla are forced to flee. They need to reach the border before it’s too late, but the odds are stacked against them in a country that wants them dead. With time running out, Collin formulates a risky plan that might be their only chance of making it out alive

My Review Of Finding Lyla. Lovable characters. I think I fell in love with these characters before Lyla and Collin fell in love. Collin is Lyla bodyguard hired to play her boyfriend. These characters didn't plan to fall in love, but they did. This story is full of romance, danger, mystery and sadness. 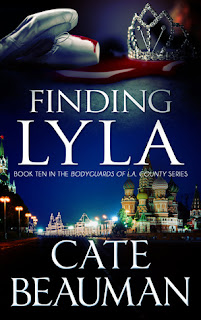 Collin settled beneath the covers on his temporary bed as the dim glow of city lights radiated through the windows. He reached out, grabbing the remote off the coffee table he’d pushed off to the side, and flipped through several channels, stopping on SportsCenter. Scores and updates ticked by on the bottom of the screen, and he moved on, not all that interested in hockey stats.

He stopped again when the live footage from Saint Petersburg, Russia caught his attention. With the volume on mute, he searched for the closed caption button and sat up, reading the news report while the station switched back and forth between the newscaster and images of the police surrounding a trolleybus in the middle of a downtown street. The reporter spoke of a bomb discovered during the busy morning rush hour, mere miles from the plaza where dozens had been killed on New Year’s Eve. Luckily a citizen had been paying attention, and the explosive device had been deactivated, stopping another disaster.
Early reports were suggesting that the same rebel group responsible for the December thirty-first bombing, Chechen Freedom, had attempted to strike again. The news segment switched to snippets of the video released weeks ago, shortly after the slaughter of innocent civilians, where the masked men promised more violence in retaliation for The Federation killing one of their leaders. The man pointed at the camera, vowing to continue with his plans to destroy Russia until the regime relented and gave the Chechens back their country.
Sighing, Collin rubbed at his jaw. Why did he feel like he was walking into a losing situation? Everyday there was something new going on over there. If it wasn’t bomb threats and anti-American rallies, it was anti-Putin demonstrations outside the Kremlin walls, which often ended with tear gas and riot gear. And he and Lyla were only hours away from their late-afternoon flight.
The issues in Saint Petersburg weren’t necessarily one of his concerns. The city was a good nine hours away from their destination. It was the possibility of terrorist attacks in Moscow and Russia’s discord with the United States in general that had him on edge. The fact that Lyla was a dual citizen of two countries at odds had the potential to work for her…or very much against her. Only time would tell which way things were going to go, and they would be along for the ride while they waited to figure it out.

Falling For Sarah (The Bodyguards Of L.A. County #2)

Widow Sarah Johnson struggled to pick up the pieces after her life was ripped apart. After two years of grieving, she’s found contentment in her thriving business as photographer to Hollywood’s A-list and in raising her angel-faced daughter, Kylee... until bodyguard and long-time friend Ethan Cooke changes everything with a searing moonlight kiss.

Sarah’s world turns upside down as she struggles with her unexpected attraction to Ethan and the guilt of betraying her husband’s memory. But when blue roses and disturbing notes start appearing on her doorstep, she has no choice but to lean on Ethan as he fights to save her from a stalker that won’t stop until he has what he prizes most. 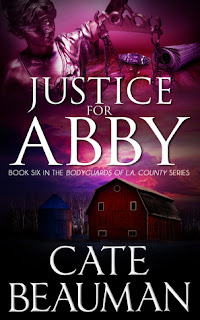 Justice For Abby (The Bodyguards Of L.A. County #6)

Fashion designer Abigail Harris has been rescued, but her nightmare is far from over. Determined to put her harrowing ordeal behind her and move on, she struggles to pick up the pieces of her life while eluding the men who want her dead.
The Mid-Atlantic Sex Ring is in ruins after Abby’s interviews with the police. The organization is eager to exact their revenge before her testimony dismantles the multi-million dollar operation for good.

Abby’s safety rests in the hands of former US Marshal, Jerrod Quinn. Serious-minded and obsessed with protocol, Ethan Cooke Security’s newest agent finds himself dealing with more than he bargains for when he agrees to take on his beautiful, free-spirited client.
As the trial date nears, Abby’s case takes a dangerous turn. Abby and Jerrod soon discover themselves in a situation neither of them expect while Jerrod fights to stop the ring from silencing Abby once and for all. 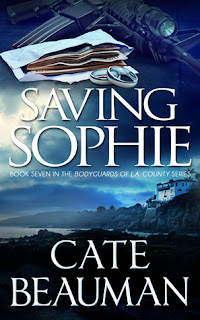 Jewelry designer Sophie Burke has fled Maine for the anonymity of the big city. She’s starting over with a job she tolerates and a grungy motel room she calls home on the wrong side of town, but anything is better than the nightmare she left behind.
Stone McCabe is Ethan Cooke Security’s brooding bad boy more interested in keeping to himself than anything else—until the gorgeous blond with haunted violet eyes catches his attention late one rainy night.
Stone reluctantly gives Sophie a hand only to quickly realize that the shy beauty with the soft voice and pretty smile has something to hide. Tangled up in her secrets, Stone offers Sophie a solution that has the potential to free her from her problems once and for all—or jeopardize both of their lives. 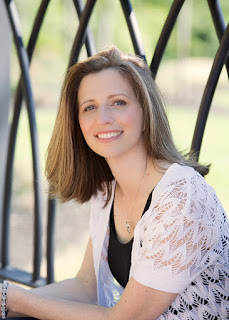 Cate makes her home in North Carolina with her husband, two boys, and their St. Bernards, Bear and Jack. Currently Cate is working on Deceiving Bella, the eleventh novel in her popular Bodyguards series.

SIGN UP FOR CATE’S NEWSLETTER TO BE NOTIFIED OF MONTHLY GIVEAWAY OFFERS
http://www.catebeauman.com/#!newsletter-sign-up/c9td