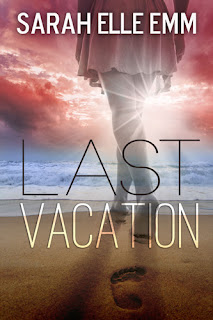 Seven days have passed since Naples real estate agent Megan MacKenna has heard from her twin sister, Madeline, who was vacationing on the beautiful, Caribbean island of St. Croix. Though authorities are not convinced there is a case to solve, Megan knows with all of her heart something happened to Maddy. When Megan receives a direct warning to leave the island or end up like her sister, she turns to the only person who has taken her seriously since she arrived, Gabe, a breakfast cook at a local diner.

Undercover DEA agent, Gabriel Walker has been building his cover for months, waiting for the opportunity to work his way into the infamous Torrez crime ring. When Megan shows up asking questions and Gabe realizes her twin’s disappearance might be linked to the Torrez men, he has to convince her to go back to Florida before she becomes their next victim.

The closer Megan gets to the truth, the more Gabe begins to suspect he is missing a huge piece of the puzzle. And someone is closing in on Megan…


I grew up visiting the island of St. Croix with my family. As an adult, I lived in the U.S. Virgin Islands, on both St. Croix and St. Thomas. I always wanted to write a fiction story that took place there, but I never took the time to write it until recently.


Megan peered out at the vast expanse of ocean gleaming in the bright morning sunshine before her. The turquoise waters seemed to go on forever. From the Caribbean Airways in flight map, she had noted theislands of Puerto Rico, St. Thomas, and St. John were in the far off distance. She had been told a faint view of the densely populated St. Thomas could sometimes be seen on a perfectly clear day, but no matter how she strained her eyes, she couldn’t quite see it today.

Had Maddy hopped on a sailboat and continued her travels to another island as the police officer had suggested? It wasn’t like Maddy not to check in. Her cell phone had been going straight to voice mail since the last photo Maddy had sent, and according to the cell company, the cell phone was out of service range. Something had happened to her sibling. The last communication with Maddy had been an unexplained picture of an iguana. No message, no text, nothing. Just an enormous, slimy, dragon-resembling lizard. Megan sunk her head to her chest. Where in the world was her sister?

Startled from her hopeless thoughts, Megan sat upright at the sound of the low voice. Her eyes scanned the length of the man standing before her, and she pursed her lips together. She guessed he was probably about six-foot-two.

As she sat silently, observing him, the man repeated his question, “Are you okay?” His tone bordered on cautious, but concerned.

“Everything’s fine,” she finally managed with a tight voice.

With a smile, his concern faded away, and he reached behind his back to untie a grease-spotted apron. He folded the apron up, pulled out a chair at the table right next to Megan’s, about a foot and a half from her, and sat down.

An internal alarm went off, making Megan feel extremely uncomfortable with his proximity, and she fidgeted with her hands as he stared at her, finally forcing them into her lap. How could a voice so soothing go with a gruff-looking character like him? And what in the world was he doing sitting down so close to her? 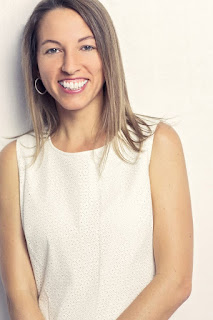 Sarah Elle Emm is the author of the HARMONY RUN SERIES, a young-adult fantasy and dystopian series, released in May 2012 by Winter Goose Publishing. (PRISMATIC, May 2012, OPALESCENT, February 2013, CHATOYANT, September 2014, NACREOUS, August 2015) Her debut fiction novel, MARRYING MISSY, was published by Bird Brain Publishing in October 2011. Sarah is a graduate of The University of Evansville, she has lived and worked in Mexico, Germany, England, the U.S. Virgin Islands, and has traveled extensively beyond. Sarah lives in Naples, Florida with her family. When she’s not walking the plank of her daughters’ imaginary pirate ship or snapping photos of Southwest Florida scenery, she is writing.