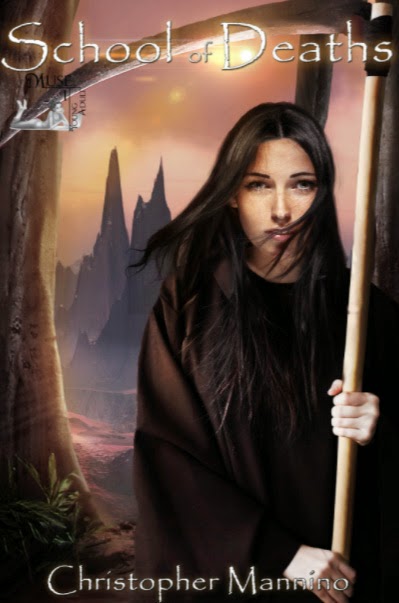 Can a timid girl find bravery as the first female Death?

Thirteen-year-old Suzie Sarnio always believed the Grim Reaper was a fairy tale image of a skeleton with a scythe. Now, forced to enter the College of Deaths, she finds herself training to bring souls from the Living World to the Hereafter. The task is demanding enough, but as the only female in the all-male College, she quickly becomes a target. Attacked by both classmates and strangers, Suzie is alone in a world where even her teachers want her to fail.

Caught in the middle of a plot to overthrow the World of Deaths, Suzie must uncover the reason she’s been brought there: the first female Death in a million years.

SCHOOL OF DEATHS, a YA Fantasy novel, will be released by MuseitUp Publishing as an ebook on May 2nd. 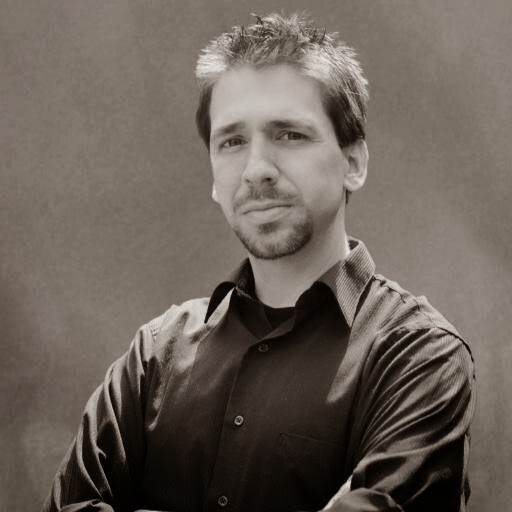 The idea for School of Deaths emerged when I was finishing my graduate degree at Oxford University.  I spent four months abroad, far from everyone I knew.  Every week, I traveled somewhere I had never been before.  I would climb castle ruins in Wales and visit cathedrals in England.  One of my favorite trips was to Tintagel Castle in Cornwall.  I crept to the cliff face of Barras Nose, a stony peninsula jutting into the North Sea and overlooking the ruins of Tintagel, which some believe to be the birthplace of King Arthur.  It was dawn, there were no other people in sight, and I had to struggle against the wind, fighting to keep my balance so I didn’t crash into the ocean.  I imagined being buffeted by winds, alone, and what that would do to a character.  I came up with the character of Suzie, alone in a world of men, buffeted by sexism.

Returning to Oxford, I envisioned Suzie alone in a strange school.  The idea of a school of trained Reapers appealed to me, giving a fantasy edge to her story.  In an early draft, the school of deaths resembled Oxford.  However a beta reader told me, very correctly, that Oxford was the inspiration for JK Rowling’s Harry Potter series.  I eventually changed the setting drastically to avoid that parallel.

The story is ultimately a tale of overcoming adversity, and how that can propel people to greatness.  Although it has many dark and disturbing undertones (a kidnapped girl, aggressive sexism, a world of Grim Reapers, and so on), I tried to give the book a lighter tone.  I am an optimist myself, and thought it better to focus on the wondrous and magical elements rather than the disturbing elements of Suzie’s plight.

Most of my characters, in terms of their personalities, are based either on a facet of my own personality or something I’ve experienced in others.  As I draft, I keep the characters’ role in the story in mind, but usually try to let the character develop in their own way on the page.  One of the antagonists in the story, nicknamed Frenchie, ended up being a far more complex character than I’d originally intended.  On my website, I have added a free downloadable short story (4000 words) called Shadow of the Scythe ( http://www.christophermannino.com/free-reads.html ).  This is a prequel to School of Deaths, set two years before the novel, and told from Frenchie’s point of view.  It was a fun experience writing the story, and an example of how often your characters can surprise you.

As for names, I write most as I go.  The children have fairly common names, to indicate that they were pulled against their will from the Mortal World.  The main characters are Suzie, Billy, Frank, and Jason.  Most of the adults use their last name, and are only referred to as such.  There is another race in the World of Deaths, and those characters have names with meaning, many of which took me longer to develop.  In the earliest draft some of their names were INSERTNAME1 and INSERTNAME2.  After finishing the draft I picked names for them.

4.  Do your characters follow your plot path or do they take on a life of their own? Do you keep them in check?

As mentioned above, sometimes characters find their own paths.  For the most part, characters follow the overall arc I have set, but I leave freedom for the story to evolve as I write.  If something isn’t working, it’s usually because a character doesn’t like a particular path I’ve set them down, in which case I’ll change their path or let them find their own way.

Absolutely.  Before my travels abroad, I lacked inspiration.  Now, the issues is a lack of time.  The best ways I find to combat both is to find inspiration in everything, and to make sure to take a little time each week to write.

I read many different types of books, both fiction and non-fiction.  My favorite books are usually fantasy and science fiction.  I grew up with Tolkien’s Middle Earth, CS Lewis’s Narnia and Isaac Asimov’s Foundation.  I worked in Borders during the Harry Potter releases and devoured those books.  I work with teenagers, so it felt natural to write YA Fantasy, but I’d eventually like to move to other genres.  I enjoy historical fiction such as Ken Follett’s Pillars of the Earth or CJ Sansom’s Shardlake series.  I also enjoy humorous books such as Terry Pratchett and Douglass Adams.  My favorite recent read was Brian Selznick’s beautiful YA book Wonder Struck.

Unfortunately most of my time is spent “not writing.”  My life consists of visualizing dreams.  My full-time job is as a high school theatre teacher, where I teach 200 students theatre history, acting, theatrical design and more.  When I’m not working, I enjoy seeing theatre, acting, singing, and traveling.  If I am away from the stage for too long, I miss it.  I tend to burst into song just for fun, even in the middle of my classes.  Theatre and writing are my two greatest passions, and I am overjoyed to share them with others.

I am currently working on a sequel to School of Deaths, called Sword of Deaths.  I enjoyed the world and characters introduced in my first book a great deal, and while it was written to be a standalone novel, I’d always hoped to turn it into a series.  I have also started work on an adult science fiction novel, and have been working on an absurdist play.

An author I met once told me: “What do you call a writer who never gives up?  Answer: Published.”  The road to getting published was not an easy one, and even with a contract it’s easy to get frustrated in the maze of editing, reviews, and marketing.  Sometimes I ask myself why I push myself so hard, when I do have another job, and plenty of other things to focus on.  However, my reason for writing is to share my dreams.  Stephen King, in his book On Writing, calls writing and reading the only true form of magic, since it allows a writer to share thoughts directly with a readers’ mind.  There’s no other medium that accomplishes this feat so elegantly as a book, so I will always write and always seek to share my dreams with the world.