My Review Of I Dream Of Zombies by Charlotte Gerber


Being a zombie counselor was not Rose Lee’s dream job.  However, there was a growing need for people who were willing to work with clients that smelled bad, were falling apart, and had a propensity for bad behavior.  She decided to put her college degree to work, and try to help out her fellow man, or rather fellow zombies.


When Rose meets a soon-to-be zombie waitress at the Crispy Biscuit, things go from bad to worse.  She has run-ins with zombie landlords, zombie hunters, undercover zombies and mercenaries, just to name a few.


Rose tackles all of her problems straight on, whether she is taking out a thug in the supermarket parking lot or saving a cop’s life at the playground.  She battles the dark underbelly of post-apocalypse Hornellsville, and proves that she is more than just a pretty girl named after a famous stripper.
I give I Dream Of Zombies a five star review. Rose is a strong, fun character who cares about helping zombies. This story has action, mystery, and romance. Thanks, Charlotte, for a good read.
Goodreads Link: https://www.goodreads.com/book/show/18740615-i-dream-of-zombies 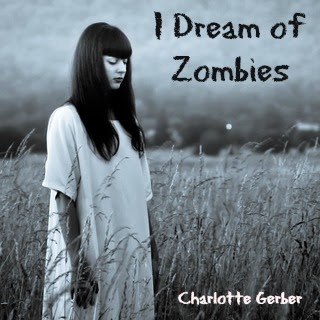 
“Welcome to the Crispy Biscuit,” a nasal female voice said over the intercom. “Can I interest you in a Deluxe Chicken and Cheese breakfast biscuit?”


“No, thanks.  Give me a brown sugar biscuit with marmalade and a large Lava Java with two creams and two sugars please,” I said.


“Does that complete your order?” the voice asked.


“Please pull ahead to the first window,” she said.


I did as instructed and rounded the corner with my 1990 Cadillac Brougham.  It was a gift from my father.  I’m not sure if it was really a gift, or rather his way of getting rid of the biggest, gas-guzzling vehicle he’d ever owned.  I had named the car Beulah.


I maneuvered up to the window, being careful not to hit the concrete pylon next to the service window.  Not because it would hurt my car, but rather because the car would probably take a chunk out of the pylon.


Eight feet of car hood later, the driver’s side window finally lined up with the service window.  “Five-o-five please,” the cashier said.  I handed her the money and was a little shocked when she almost dumped my order into my lap through the window.  “Sorry”, she said, her cheeks turning a deep shade of scarlet.


“That’s okay, it is that kind of day,” I said, trying to reassure her with a smile.  It never hurt to be nice to the workers at the Crispy Biscuit.  Every once in a while they gave me an extra biscuit, and who was I to complain?


I noticed her hands as she went back to work.  I could have sworn there were the familiar quarter-sized brown patches on the tops of her hands.  I must have looked a little too long because the girl suddenly pulled the window shut, shot me the stink eye, and turned her back to me.


It didn’t take a rocket scientist to know what those patches were – zombie disease.  If that were true, all it would take to do the poor creature in was a whiff of pepper and BAM!  A very sticky, and somewhat messy, end.


I was torn between pulling into a parking space and running in to alert her manager or continuing on my drive to the jail.  I didn’t relish the thought of doing either; in one case the poor girl may be sent away to live out her life in a zombie asylum, and in the other, I had to figure out whether my client was worth the time and effort of sitting through a court hearing.


Life used to be so much easier before the ZA.


A sense of duty won out, since I’m required by law to report this kind of thing.  I pulled Beulah into a tight parking space and disembarked.  Luckily I had worn one of my sensible suits to work today and didn’t have to navigate the pot-hole filled parking lot in high heels.


I entered the restaurant and stood in line, waiting for my chance to speak with the manager.  The hostess greeted me after a few moments.


I watched her walk away from me, her plump body crammed into a short yellow dress.  A starched white apron hemmed with lace helped to cover some of the bulges in front, but from behind it didn’t help her at all.  I gave a sigh and felt instantly sorry for her.  She probably didn’t make much money, and the management was probably a little too cheap to buy uniforms that fit everyone, especially the more curvy girls.


She returned a few minutes later with a rather unhappy-looking man with a bad comb over.  I could feel my stomach clench looking at him.  I didn’t like dealing with surly people, especially this early in the morning.


“What can I do for you mam?” he asked in a weak, raspy voice, probably a result from chain smoking.  I had a hard time looking away from him.  His skin had an odd, oily appearance and he had purple circles under his eyes.  His lips had a bluish cast to them; a candidate for a heart attack if I ever did see one.


“Um,” I stammered. “I think one of your waitresses may be sick.”


He narrowed his eyes and stared at me.  “Who is sick?” he asked, a little more loudly than was necessary.


“I think the girl who waited on me at the drive thru is a little under the weather, if you know what I mean,” I said.  I would have given the proverbial wink-wink to him, but I was afraid that he would misunderstand the signal.


“No, I don’t know what you mean,” he said curtly.  “Explain,” he said, even more loudly than before.


I was beginning to feel uncomfortable and regretting my decision to come into the restaurant.  There was no turning back now, however, so I plowed ahead.


“I noticed that your waitress has brown spots on the tops of her hands.  I don’t need to tell you what that is a sign of, do I?  The last thing you need is a horrific accident in your restaurant, right?  You know what happens when a zombie gets around pepper.”


The situation was beginning to sink in with the manager, and he looked at the floor.  He nodded and then said, “I’ll look into it.”  He abruptly turned on his heel and walked away from me.  I turned and was about to leave the store when I saw my car pulling out of the parking space without me.


I ran towards the front door of the store, and just then the waitress from the drive thru turned and gave a little wave from the driver’s side of my car.  “Holy cheese and crackers!” I yelled.  “She stole my car!”


Other patrons who were enjoying their breakfast biscuits stopped eating and looked up at me.  “She stole my car!” I yelled again, pointing at the door.


I turned and looked at the restaurant patrons around me, half wondering if anyone was going to help me.  Most of them just went back to eating, though a few looked at me expectantly for a moment or two before they also returned to their breakfasts.


If nothing else, people in Hornellsville were a calm lot.
Buy Links:
CreateSpace - https://www.createspace.com/4376850
Amazon:  https:  http://www.amazon.com/I-Dream-Zombies-Charlotte-Gerber-ebook/dp/B00G99RZGI


Charlotte Gerber began her writing career after becoming disabled in 2004.  Since then she has been a writer and editor for LoveToKnow.com, and most recently covering disability issues for the New York Times on their About.com website.


Murder in Middleton, the story of a psychic teenager trying to solve a century’s old murder mystery, was her first book.  I Dream of Zombies, the story of Rose Lee, a zombie social worker, will be released on Halloween this year.