Mary Waibel Author of Quest Of The Hart 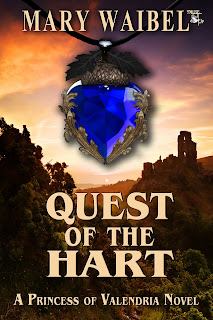 A reverse Sleeping Beauty tale where the princess goes on the quest to save the prince.


Princess Kaylee has never had to fight for anything. Her entire life has been arranged, even her marriage. But when Prince Devlin falls under an enchantment, she finds she is willing to do anything to save him, even if it means fighting a dragon.


Devlin's own sister, Princess Arabella, is behind the deadly plot. She wants the throne and will use any means necessary to gain it. Her perfect plan unravels, leaving Devlin caught in a magical sleep that is slowly spreading through the kingdom of Breniera. All Arabella needs to finish her spell and claim the crown is a drop of Kaylee's blood, but obtaining the single drop is proving more difficult than expected.

3.      Do you have a method for creating your characters, their names and what do you think makes them believable?
I search names on the baby names sites, sometimes by meaning, sometimes by origin. I keep looking until I find one that resonates with the image I have of the character in my mind.
4.  Do your characters follow your plot path or do they take on a life of their own? Do you keep them in check?
Plot path? LOL! I have a loose idea of where I want the story to go, but my characters definitely lead the way. I've learned when I can't go on from a point, it's usually because I had a character do something they wouldn't, and they won't let me go forward until I fix it and make it right.
5.      Have you ever suffered from writer’s block? If so, how did you over come it?

Laundry seems to be the thing that breaks through my writer's block. It never fails, the answer comes as I'm switching clothes from washer to dryer. I also have a great group of CP's (critique partners) I bounce things around with.
6.      What types of books do you like to read?
I a sucker for a good romance, usually with some kind of intrigue or paranormal element in it. Over all, I want a good story, with characters I want to escape with time and time again.
I have to agree, Mary.
7.      What do you like to do when you aren’t writing?
Spend time with my family, camp, read, take a trip to the wineries, watch hockey or baseball. My son plays hockey and lacrosse, so I'm usually at a rink or field in my off time.

8.      What’s next for your writing? Are you working on a new story?
I just finished up my content edits for Charmed Memories, a companion novel to Quest of the Hart, and I am currently revising a third book in the group for submission.

9.      What’s the best piece of writing advice you’ve received?
If you don't write it, you can't fix it. As long as you have something on the page, you can always work at making it better, but if you leave it blank, it will never become anything. 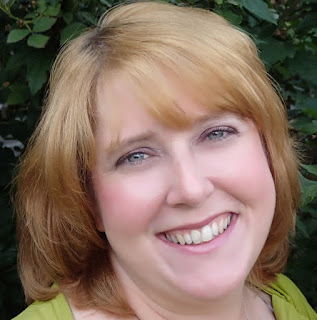