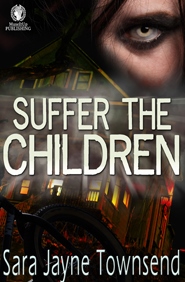 Orphaned at eighteen, Leanne's life is adrift in a sea of grief and drug use. She washes up on the shore of estranged relatives, the Carver family, struggling with loss of their own. The transition from her South London council estate to her new home in the Surrey middle-class suburbs is difficult for Leanne.

But beneath the respectable veneer of the quiet neighborhood, something terrifying lurks. Displaced and troubled teenagers are disappearing. Leanne recruits her cousin Simon and his girlfriend Carrie to help get to the bottom of the sinister mystery. Can the three of them stop a creature of unimaginable evil before Leanne becomes a target?

My Review:  I am a big fan of supernatural, horror, and mystery books. I loved this story. Great, believable characters. Simon, Carrie, and Leanne set out to solve the mystery of troubled teens who have come up missing. Can they solve this mystery before Leanne becomes the next victim? This story is a real page turner. Suspense. Horror. Mystery. Thanks, Sara, for an awesome read.

Many, many years ago I had a job working for a software distribution company. The office was only a 20-minute walk from home, so I walked to work. My route took me past a house that always gave me the creeps – it looked neglected and abandoned, with tattered curtains, dirty windows, peeling paint work. I started to imagine that something sinister and inhuman lived there. It inspired a short story, called ‘Kiddiwinks’, about a group of children who dared each other to break into the house where rumours were rife a witch lived. They discovered that there was an old woman who lived in the house, and she ate children. Literally.

When I put the story in front of my writing group they encouraged me to turn it into a novel. That novel eventually became ‘Suffer the Children’, though not much of the original idea remains. The creepy house is still in the story, though.

I usually start with an idea for a character and start making notes about their back story, which helps bring them to life. Characters have to have flaws, but they have to be sympathetic enough for the reader to care about what happens to them. The key to creating believable characters is making them sound like real people. Dialogue really helps. I am forever eavesdropping on people having conversations around me – on the train, the bus, in restaurants. Sometimes these conversations end up in novels.

As for naming characters – if a character springs out of my head fully formed, which sometimes happens, they often name themselves. If not, I do a bit more research. Quite often I’ll work out from the age of the character when they would have been born, and I’ll look up popular baby names from the right country and decade, and pick one for the character. If all else fails, I resort to the book of baby names that lives on my writing research shelf, and I’ll open a page at random to pick a name.

Generally I plot quite carefully before I start writing the story. Sometimes characters decide to go off on a different path than the one I’ve plotted for them. I’m OK with them doing that, as long as they end up at the final destination. I approach plotting a novel rather like planning a route on a GPS system. Sometimes the GPS can take you along unexpected routes, and as long as you still know where you’re going to end up, sometimes it’s worth following the unexpected route.

Since I’ve started plotting, I rarely suffer from writer’s block because when I sit down to write now, I know what’s coming next. When it happens now, it’s usually a clear message from my muse that the novel isn’t working – the characters aren’t very interesting; the plot isn’t engaging enough; there’s not enough back story. Generally it means I have to go back to the beginning of the novel and start it again with a different approach.

I like crime and horror. Generally there has to be violence and death for a book to hold my interest!

I like playing video games, tabletop role-playing games like Dungeons and Dragons, and practicing my rock chick act with my 1962 Burns bass guitar.

I’ve got two projects on the go at the moment. I am writing a new horror story based on a real-life house on the Yorkshire moors that has been abandoned for 50 years. I have also recently started work on the fourth novel in the amateur sleuth series. That one seems to be whispering to me the most insistently at the moment.

Never give up. No one becomes a bestselling author overnight, and the road to publication is paved with many rejections.

I have a blog, called ‘Imaginary Friends’ (https://sayssara.wordpress.com) and my website (http://sarajaynetownsend.weebly.com) has links to all of my books. I also have an author page at the MuseItUp Publishing e-store (http://museituppublishing.com/bookstore/index.php/our-authors/70-our-authors/authors-t/420-sara-jayne-townsend) and all my books can be bought from Amazon (US link - https://www.amazon.com/-/e/B003QROE8S and UK link - https://www.amazon.co.uk/-/e/B003QROE8S). 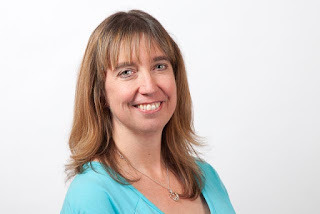 Sara Jayne Townsend is a UK-based writer of crime and horror, and someone tends to die a horrible death in all of her stories.  She was born in Cheshire in 1969, but spent most of the 1980s living in Canada after her family emigrated there.  She now lives in Surrey with two cats and her guitarist husband Chris.  She co-founded the T Party Writers’ Group in 1994, and remains Chair Person.

She decided she was going to be a published novelist when she was 10 years old and finished her first novel a year later.  It took 30 years of submitting, however, to fulfil that dream.

Her latest release is SUFFER THE CHILDREN, a supernatural horror novel that is available now from MuseItUp Publishing (https://museituppublishing.com/bookstore/index.php/coming-soon/suffer-the-children-detail).

Learn more about Sara and her writing at her website (http://sarajaynetownsend.weebly.com) and her blog (http://sayssara.wordpress.com). You can also follow her on Twitter (https://twitter.com/sarajtownsend) and Goodreads (https://www.goodreads.com/author/show/3500282.Sara_Jayne_Townsend), and buy her books from Amazon (UK: http://www.amazon.co.uk/-/e/B003QROE8S and US: http://www.amazon.com/-/e/B003QROE8S).
Posted by Kay LaLone at 2:30 AM