Why You Shouldn't Listen To Your English Teacher

I used to love English in school. It was always my favourite subject, especially when the assignment involved writing a story. When I left school and started sending my stories out to publishers, though, one of the first things I had to do was unlearn everything I’d ever learned in school about writing stories. On the whole, secondary school English teachers are not teaching a generation of creative writers. They are teaching teenagers how to have a better grasp of the English language. I’ve been submitting stories to publishers for nearly thirty years now, and in that time I’ve learned that quite a few things I was told by my English teacher completely contradicts what I need to know to improve my writing. I’m listing here a few examples:

This is one I remember quite clearly, when we had to write a story in Grade 8 English class and read them to the class. One person read their story and managed to completely avoid the use of the word ‘said’, using an alternative in every case, and was praised for doing so.

‘Said’ might be a boring word, but it’s functional and doesn’t draw attention to itself. If you pepper your story with characters who shout, snarl, grumble, scream or (God forbid) ejaculate their dialogue, it does come across as being amateurish. Occasionally, the narrative calls for characters to shout or snarl their words, but if you’re stuck on what to use, there’s nothing wrong with the word ‘said’.

English lesson #2: If you must use the word ‘said’, enhance it with a nice adverb or two.
Publishers’ Rule: Never over-use adverbs..

This is related to rule #1, in the fact that your English teacher will want you to expand your vocabulary. For example:  “Stop that,” she said loudly. “I won’t,” he said angrily.

English lesson #3: Never start a sentence with a preposition.
Publishers’ rule: If your writing is good enough, you can break the rules with confidence.

To be a good writer, it’s important to master the rules of your language.  If you follow Lesson #3, you would never start a sentence with the word ‘but’. But sometimes effective writing means breaking the rules with confidence! Writing is a skill that improves the more you do it, but it’s also a skill you never stop learning. Just try and forget what you learned about writing from your English teacher when you embark on your writing career. 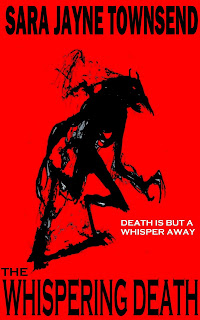 When a group of live action role-players perform a ritual as part of a game, they unwittingly unleash an ancient evil that tears their world apart.  The reanimated corpse of a long-dead magic user, corrupted by powerful dark magic, offers a promise of unlimited power, but at a terrible price.  Having helped open this Pandora’s box, Mark and Elizabeth must race against time to close it again – before it’s too late. 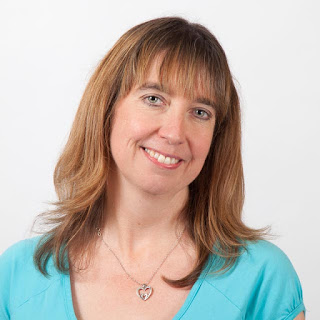 Sara Jayne Townsend is a UK-based writer of crime and horror, and someone tends to die a horrible death in all of her stories.  She was born in Cheshire in 1969, but spent most of the 1980s living in Canada after her family emigrated there.  She now lives in Surrey with two cats and her guitarist husband Chris.  She co-founded the T Party Writers’ Group in 1994, and remains Chair Person.

She decided she was going to be a published novelist when she was 10 years old and finished her first novel a year later.  It took 30 years of submitting, however, to fulfil that dream.

Learn more about Sara and her writing at her website (http://sarajaynetownsend.weebly.com) and her blog (http://sayssara.wordpress.com). You can also follow her on Twitter (https://twitter.com/sarajtownsend) and Goodreads (https://www.goodreads.com/author/show/3500282.Sara_Jayne_Townsend), and buy her books from Amazon (UK: http://www.amazon.co.uk/-/e/B003QROE8S and US: http://www.amazon.com/-/e/B003QROE8S).
Posted by Kay LaLone at 2:30 AM