Imagine That By Kristin Wallace

Welcome, Kristin Wallace. It is good to have you on my blog today. Your book Imagine That sounds interesting. I have put this book on my to read list. 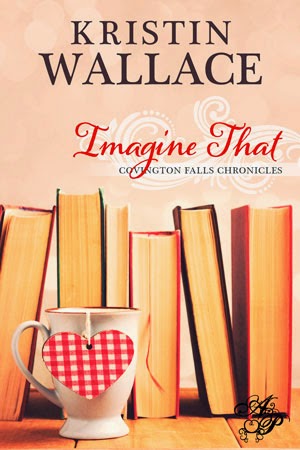 Children’s author Emily Sinclair was supposed to be the next J.K. Rowling… Until her second book flopped and her imagination went on the fritz. So she sets out on an epic adventure to find inspiration again. A journey that leads her to Covington Falls and a “happily ever after” with rugged, blue collar house painter Nate Cooper.

Children’s author Emily Sinclair was supposed to be the next J.K. Rowling… Until her second book flopped and her imagination went on the fritz. So she sets out on an epic adventure to find inspiration again. Till a dead car lands her in Covington Falls, Georgia. Soon Emily is taking up her quest, looking for inspiration driving a mobile library van, as a companion to a crotchety old woman and her insomniac dog, and as a very ungraceful baker’s assistant. Of course, what really sparks her romantic fantasies is a valiant hero, though he yields a paint roller instead of a sword.

Rugged, blue-collar Nate Cooper has spent most of his life avoiding the printed page. These days he doesn’t have much use for fancy words and certainly not for a slightly off-center writer on the lam. Not when his mother is battling cancer, his little brother has morphed into a teenaged ogre, and God seems to have taken a vacation.

On paper, these two would seem the least likely pairing, and a happily ever after nothing but fantasy. But with faith and imagination Emily and Nate are about to write a new chapter that will lead to unexpected love. 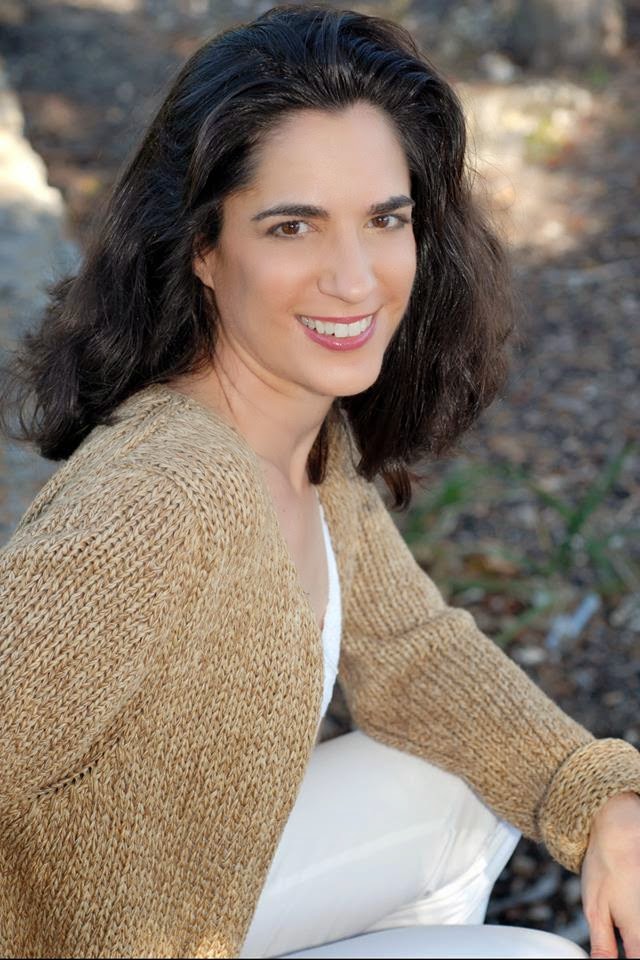 Tell us about your book and how the story came to be.

The idea for this book really stemmed from a question. I was watching previews at a movie theater and one came on for the upcoming Harry Potter book and I thought, “What would happen if JK Rowling couldn’t come up with another idea for a book?” Of course, by now she has written other books, but none of them have had the success of Harry Potter. So I had my heroine facing the same dilemma. She had this amazing, best selling first book but the second book pretty much flopped. Now she’s stuck for a new idea so she sets out to try and recapture her imagination. Her journey brings her to Covington Falls.

Do you have a method for creating your characters, their names and what do you think makes them believable?

I don’t know if it’s a method. I generally have an idea for a “type” of character. What I like to do when I first come up with an idea is sit down and write one or two chapters before I do any real plotting. For me that’s when I find the character’s voice and their distinctive characteristics. It’s when I “fall in love with them” in a way. The name is important. My heroine is a children’s book author but she raised in a very literary family with parents who are professors and authors themselves. Her name is Emily Jane Sinclair and of course she’s named after Emily Bronte & Jane Austen. She writes under E.J. Sinclair.  I will also do character studies to flesh our their backstory and learn their history. All that helps make them well-rounded characters.

Do your characters follow your plot path or do they take on a life of their own? Do you keep them in check?

I make an outline so I know the general direction, but my characters do often like to go their own way. I mostly let them.

Have you ever suffered from writer’s block? If so, how did you over come it?

Sure. Happens all the time. Why do you think I wrote a heroine who is suffering from massive writer’s block?  LOL

If I’m really stuck sometimes I walk away for a while. Think about something else and try to work out a solution in my head. If I get really stuck on a scene I might skip ahead to a later one that I do know.

What types of books do you like to read?

I love humor so I gravitate toward anyone who writes humor well. I like contemporary romance as well as historicals. Some of my favorite authors are Susan Elizabeth Phillips, Kristan Higgins, and Julia Quinn.

What do you like to do when you aren’t writing?

I read a lot. I’m also a singer and musician. I sing in my church choir and worship team. I love going to movies as well.

What’s next for your writing? Are you working on a new story?

I’m working on the next Covington Falls books (the 4th). It’s a Christmas-themed book so I’ve been stuck on Christmas since December. Of course, I’m also mulling around ideas for a new series, but that isn’t full formed.

There are so many little things people have taught me. It’s hard to pin down one “best” thing.

Where can readers find you and your books?

Growing up Kristin devoured books like bags of Dove Dark Chocolate. Her first Golden Book led to Laura Ingalls Wilder, Nancy Drew, C.S. Lewis and the Sweet Valley High series. Later, she discovered romance novels and fell in love all over again. It’s no surprise then that Kristin would one day try her hand at writing them. She writes romance and women’s fiction filled with love, laughter and a leap of faith. She is the author of Covington Falls Chronicles, inspirational romances set in a quirky, Southern town with a character all it’s own. When she’s not writing her next novel, Kristin works as an advertising copywriter. She also enjoys singing in the church choir and worship team and playing flute in a community orchestra.