What happened to Tawni Barclay?

The first thing Brad Patterson noticed as he skidded into the Starlight Resort was a teenage girl hanging from the elm tree near the entrance. A shudder ran through him. This scene bore an eerie resemblance to a local legend of three girls who had killed themselves forty years ago. No official records existed to prove those three deaths happened. All he'd been able to uncover were three missing person cases involving three teenage girls who had never been found.
“Where are you, Jayme?” 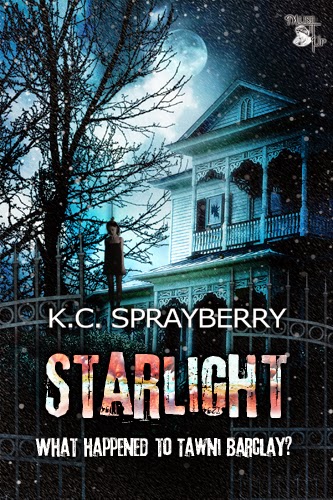 Jayme Barclay sees her 15 year old swinging on a rope from a tree at Starlight, the mansion the county commissioner is making over. Brad Patterson loses a piece of himself when he answers the 911 call to get to Starlight on a snowy December night. A year later, the mystery surrounding Tawni's "suicide" still haunts both Jayme and Brad. Events spiral until Jayme must return from her isolation and face her demons. After reuniting with Brad, she reveals a secret she hid from him. They work with Tawni's friends to uncover the activities at Starlight and rescue another teen before she kills herself.

READ IT TODAY:
Amazon
Barnes and Noble
Smashwords
Muse It Up Publishing

KC Sprayberry started writing young, first as a diarist, and later through an interest in English and creative writing. Her first experience with publication came when she placed third in The Freedoms Foundation at Valley Forge contest while in the Air Force, but her dedication to writing came after she had her youngest child, now in his senior year of high school. 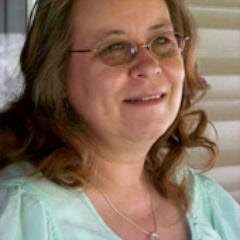 Her family lives in Northwest Georgia where she spends her days creating stories about life in the south, and far beyond. More than a dozen of her short stories have appeared in several magazines. Five anthologies feature other short stories. She has three books that are Amazon best sellers: Softly Say Goodbye, Who Am I?, and Mama's Advice. Her other novels available are: Take Chances, The Ghost Catcher, Family Curse … Times Two, Secret From The Flames, Where U @, The Wrong One, Pony Dreams, Evil Eyes, and Grace. FOLLOW Kc AROUND THE UNIVERSE via:  [Website] [Blog] [Facebook] [Twitter] [Goodreads] [Pinterest] [Google+] [Amazon] [JacketFlap] [Manic Readers] [AUTHORSdB] [Authorgraph]